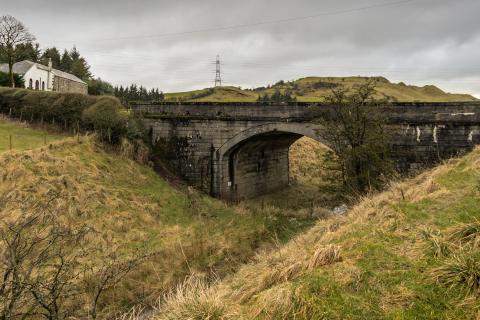 In the UK 134 railway bridges and tunnels are currently earmarked for demolition or infilling.
An initial appraisal however has revealed that 19 structures (14%) are already proposed for reuse, 22 (17%) have identified potential for future reuse, 54 (40%) have no obstructions to reuse and 39 (29%) have no realistic value.
A campaign to prevent Highways England taking a wrecking ball to England's great railway heritage has been launched. The issue has been taken up by Historic England, The Victorian Society and SAVE Britain’s Heritage, whilst several MPs are lobbying the Department for Transport on behalf of constituents.

A petition launched by the HRE Group, coordinating the campaign, has already collected more than 12,000 signatures
You can also sign at change.org

This site uses cookies. By continuing to browse the site you are agreeing to our use of cookies.